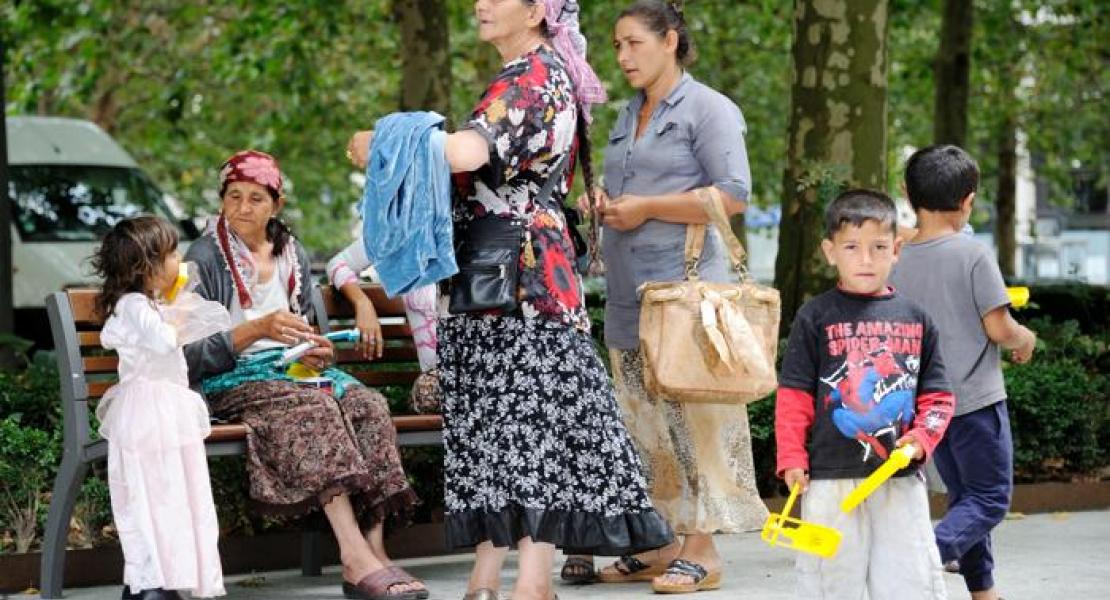 The lack of address registration and identity documents is a serious problem that requires long-term hard work and efforts, both in administrative and legislative direction, as well as in the formation of positive public opinion and attitude to the difficulties experienced by many Bulgarian citizens, placed in a highly vulnerable position. The significance of the problem is confirmed by organizations working in the field which have observed that there is a solid mass of people in the Roma community who cannot obtain a certificate of registration at a permanent address, which in turn leads to a problem with issuing an ID card, thus leaving these people without an identity document. It is difficult to provide objective data on the full extent of the problem and on the exact amount of people who are affected. Such statistics are not officially kept. The problem with the lack of address registration and identity documents of a certain part of the Bulgarian population is not systematically monitored in the national strategic documents. It affects predominantly Bulgarian citizens from the Roma minority. This is because the requirements of the Bulgarian legislation currently presuppose the existence of a document of ownership or another document that provides a legal basis for the occupancy of the property, and many Bulgarian citizens of Roma origin living in Roma neighbourhoods do not have such.

In one of the main Roma neighbourhoods in Sofia - Fakulteta district, we met two women - Atanaska and Maria (mother and daughter) to find out about their problem. The names used in the text are invented in order to protect the personal data of the individuals, but their story and challenges are a reality and part of their everyday life.

Atanaska has only a birth certificate right now. She lost her ID a year ago. In compliance with the law, she turned to the regional police department to report the lost ID card and to apply for a new one. However, she was denied a new ID card. The reason for the denial is that the old address at which she was registered no longer exists. Atanaska and her family lived for years in a rented municipal house, which was demolished at one point. This forced the family to move to another rented house in the Fakulteta district. Atanaska and her family tried several times to make an address registration at the new address, but without success. When she asked in the municipality about the reason for the refusal she was told that the owner of the property had unpaid taxes and that many other people were already registered at the same address. In fact, at this address, there are several houses, built without permission, where different families live. The problem among the Roma population is significant since the Roma generally inhabit large urban and suburban ghettos, where establishing real estate ownership, the legality of buildings and possession of the necessary documents are traditionally a complex issue. However, non-payment of taxes, according to the Civil Registration Act, is not among the grounds for refusing to register a person at a given address.

Due to the inability to obtain an ID card, Atanaska does not have access to her civil rights. She lives in fear that at any time the police may stop her to check her documents and detain her because she does not have any, even though it is not her fault. This already happened to her and will continue to happen. The lack of documents creates a barrier for Atanaska to earn a living, as she cannot enter into an employment contract.

The case of Maria, Atanaska's daughter, is similar. She is a young, adult woman who lives in the same place, but in a separate building, with her partner and their minor child. Maria has never had an ID card precisely because of her family's problem with the address registration. This has prevented her from entering into a civil marriage with her partner. She only has a birth certificate, but this certificate has got worn out and torn over the years. Maria tried at least to renew it and get a duplicate, but she was denied this as well because she did not have an ID card and could not prove her identity.

Maria's child has a birth certificate because the father has personal documents. The family is worried that the child will not be admitted to a childcare facility after the age of three due to the mother's lack of personal documents.

Without an identity document and address registration, children cannot profit equally from any services and opportunities. Young mothers of children up to 3 years of age cannot use any administrative services or social benefits, including those related to their children. If the father is also without an identity document, due to the impossibility to make an address registration, the children are also left without registration at a permanent and current address and are deprived of their basic human rights.

In practice, if one person does not have an identity document, he or she does not have access to any rights despite being a Bulgarian citizen – personal physician, healthcare, etc. In general, a person without an ID card is not a person, he does not exist. In a pandemic, access to healthcare is vital, but people like Atanaska and Maria do not have this "luxury". If something happens to them, there is no medical institution that can provide treatment to them outside the emergency room without personal documents.

Obtaining an address registration and issuing identity documents are two interrelated processes, although in some cases the lack of an identity document may not be directly related to the address registration, but to other reasons such as irresponsible attitude, lack of education, lack of financial opportunities, etc. A representative of a NGO, who works in the field, said that the problem with the two interrelated processes - issuing an identity document and personal address, could be solved in three possible ways: giving residence in Sofia or another city, business address or residence address.

The reason why the local administrations refuse to issue the certificate is that the persons cannot present the required documents under the Civil Registration Act, a document for ownership of a real estate at the inhabited address or another document providing grounds for its occupancy. It is necessary for persons who cannot provide documents for address registration to improve their understanding of the role of the Municipal Commissions for Address Registration.